Shining Light on the Twilight Saga

Last night, while at the movie theatre with my husband, we were nearly overcome by the crowd of young teenage girls and adult women (!) who were there to indulge their latest fiction fantasy: the new Twilight movie, New Moon.

"`New Moon' wolfs down $140.7M in opening weekend," boasts the Associated Press headline today.  Twilight is an insanely popular book series by Stephanie Meyer based on a teenage girl, Bella, who falls in love with Edward, a vampire. The second book in the series, New Moon, deals with, not only her vampire sweetheart, but a competing interest, a boy named Jacob who is actually a werewolf.

The intrigue has swept the nation. Last Christmas, I sat with my book in Barnes and Noble in an oversized chair that happened to be in front of the Twilight book table. In the hour I was there, I watched no less than 6 adult women, some with young children in tow, excitedly retrieve their new read from in front of me. Since then, many friends have fallen prey to the phenomenon, and I admit, I am at a loss: not for why they are interested--everyone loves a good read.  I am at a loss as to how, as Christians, we are willing to open ourselves up to what amounts to many aspects of the occult.


Carrol L. Fry, author of Cinema of the Occult: New Age, Satanism, Wicca, and Spiritualism in Film said, "The occult is by nature sensational, and sensationalism sells. Filmmakers have target audiences, but they want to reach a broad spectrum of customers. And you have to remember that a lot of films that adapt occult paths are part of the horror genre, and that audience demands sensationalism."

vampire: 1. a preternatural being, commonly believed to be a reanimated corpse, that is said to suck the blood of sleeping persons at night.  2. (in Eastern European folklore) a corpse, animated by an undeparted soul or demon, that periodically leaves the grave and disturbs the living, until it is exhumed and impaled or burned.

Uplifting, isn't it?  In Scripture, when someone is "animated by a demon", they are referred to as "demon-possessed."  The concept does not just exist in romance novels.  Demon-possession is real and so is the presence of many invisible dark forces.

"For our struggle is not against flesh and blood, but against the rulers, against the authorities, against the powers of this dark world and against the spiritual forces of evil in the heavenly realms. Therefore put on the full armor of God, so that when the day of evil comes, you may be able to stand your ground, and after you have done everything, to stand."  Ephesians 6:12-13

Yes, evil powers are real, and they are not here to romance us in a field of wildflowers.

2. The seduction of the dark side - and Stephanie Meyer

I can hear many of you now:  It is just for fun.  A light read.  I don't believe in vampires, werewolves and all the rest.

Let's take a look at the origins of this "light" story.

"A housewife named Stephenie Meyer “received” the story of Twilight in a dream on June 2, 2003. The vision she had of a vampire and mortal as lovers compelled her to start writing the story immediately. She says she couldn’t resist the drive to write down her dream (a similar scenario to J.K Rowlings, author of Harry Potter). Meyer gives a summary of that first dream: “I woke up (on that June 2nd) from a very vivid dream. In my dream, two people were having an intense conversation in a meadow in the woods. One of these people was just your average girl. The other person was fantastically beautiful, sparkly, and a vampire. They were discussing the difficulties inherent in the facts that A) they were falling in love with each other while B) the vampire was particularly attracted to the scent of her blood, and was having a difficult time restraining himself from killing her immediately.” Within three months, she had the entire novel written. Within six-months, it had been dreamed, written, and readied for publishing.


Scaringly, Meyer's fictional character Edward took on the "terrifying" form of "real" spirit when it leapt from the pages of her saga and communicated with her in a dream. She says she had an additional dream after Twilight was finished when her vampire character Edward came to visit and speak to her. The Edward who visited her in the night told her she'd got it all wrong because he DID drink human blood, and could not "live" on ONLY animal blood as she wrote in the story. She said, “We had this conversation and he was terrifying.” - Taken from an article by well-known expert on world religions and the occult, Caryl Matrisciana

Chilling, isn't it?  Consider the warning of the Lord to the Israelites before they inherited the Promised Land.


"When you enter the land the Lord your God is giving you, do not learn to imitate the detestable ways of the nations there.  Let no one be found among you who sacrifices his son or daughter in the fire, who practices divination or sorcery, interprets omens, engages in witchcraft, or casts spells, or who is a medium or spiritist or who consults the dead. You must be blameless before the Lord your God. The nations you will dispossess listen to those who practice sorcery or divination. But as for you, the Lord your God has not permitted you to do so." (Deuteronomy 18:9-14)


3. Symbolism is oh, so important

Another concern with Twilight is the concept of blood.  In the movie, blood is depicted as a magnet for vampires, "the undead".  If bitten, Bella will be lost forever and sentenced to become a vampire, as well; the drawing of blood represents eternal lostness. She even expresses her soul is worth nothing to her if she cannot be with the man vampire she loves.

To Christians, blood is most sacred to us. "God presented him as a sacrifice of atonement, through faith in his blood." "Without the shedding of blood, there is no forgiveness of sins."  (Rom. 3:25; Heb. 9:22)  Apart from his blood, we would be lost forever!  This truth is so real to me; it is our foremost reality as Christians.  And it is just the beautiful antithesis of the picture portrayed in the Twilight saga.

I write primarily for believers.  Many do not know this Jesus who gave his precious blood for us, and I do not fault them for being attracted to these books.  The series is seductive, enticing, and other-worldly.  But to us, who do know Him, may we hold the purity of our faith so dear.  The blood of the Lamb, spilled for us.  The price of our souls that cost Him his life.

In the name of entertainment, do you open your mind up to dark themes and characters?  Do you subject your emotions to them?  We must be set apart from these things.

2 Kings 9:22 says, "When Joram saw Jehu he asked, "Have you come in peace, Jehu?" "How can there be peace," Jehu replied, "as long as all the idolatry and witchcraft of your mother Jezebel abound?" 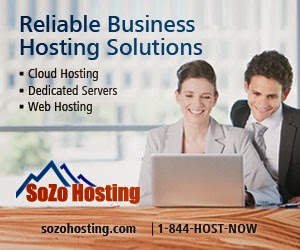